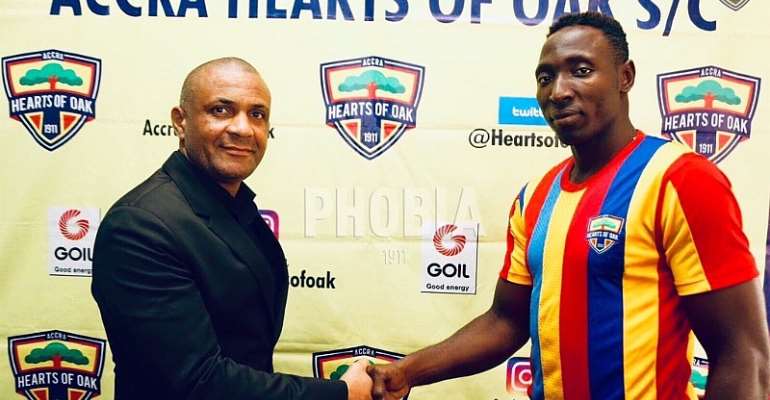 Coach Kim Grant has expressed his delight to seeing Kofi Kordzi score his first goal for Qatari side Muaither SC and says he is proud of the striker.

The tactician signed the Muaither SC newbie from a lower-tier club in 2019 when he was appointed as head coach for the Phobians.

Although many questioned the signing, Coach Kim Grant kept faith in Kofi Kordzi and worked on the striker to polish his game.

Following outstanding displays for the capital-based club, Kordzi has now been signed by Muaither SC and is now playing his football in Qatar.

On Thursday, the strong attacker scored on his debut when his club drew 2-2 against Al-Shahania.

Reacting to the goal, a delighted coach Kim Grant says he is proud of Kofi Kordzi.

“Kofi Kordzi, Proud of you Bro, I remember when I signed you from an amateur 3rd Division club, people were critical saying you can't run, you're overweight, after 7 months at the club, you've got transferred and moved to another level. You've proved doubters wrong”, Kim Grant posted on his Twitter page after the game.

Kordzi, 25, is being tipped to help Muaither SC enjoy a successful campaign in the 2020/2021 Qatar Second Division season.