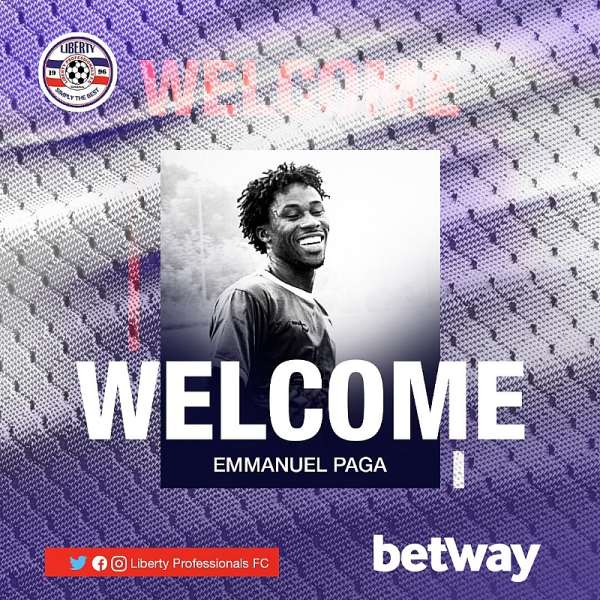 Liberty Professionals FC has sealed the signing of prolific striker Emmanuel Paga ahead of the start of the new football season next month.

The Dansoman-based club endured a difficult campaign in the Ghana Premier League last season where they finished 15th on the standings at the time the campaign was suspended as a result of the Coronavirus pandemic.

While they remain optimistic about turning things around next season, the team has decided to bring in top players to augment their squad.

Today, Liberty Professionals have announced that they have signed deadly forward Emmanuel Paga from lower-tier side Vision FC.

“We are happy to announce the signing of hotshot striker, Emmanuel Paga from Vision FC.

“Scorer and creator of goals supreme, Paga was among the best players in the Division One league, scoring 9 times 11 appearances”, a club statement has said today.

Meanwhile, sources are reporting that Liberty Professionals FC is close to wrapping up the signing of a number of players.