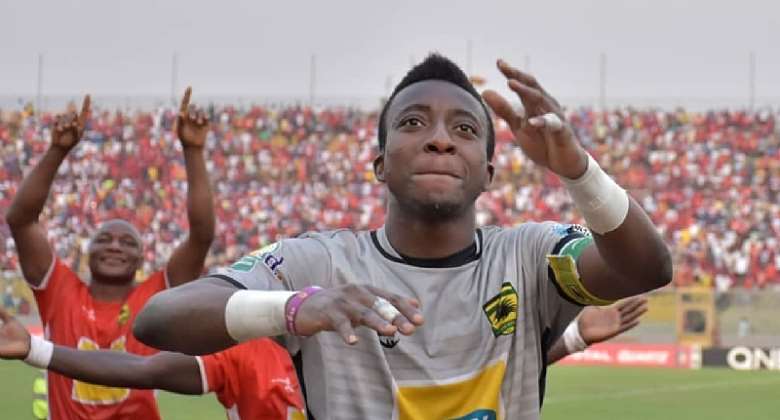 Annan, 25, has been axed to the been following Maxwell Konadu's arrival at the club.

The young enterprising has been urged to quit the Porcupine Warrior ahead of the new football season after acquiring Black Stars goalkeeper, Razak Abalora's service.

However, Bonney, who played for Kotoko beleives all goalkeepers at the club national assets, Felix is the best among them and no one can dispute that fact.

“I have heard people expressing worries about my former club keeping three national goalkeepers but I don’t think it is a problem at all because this is not the first time Kotoko has signed three goalkeepers who are actively involved in their various national teams," he told Accra Onua FM.

“During my time at Kotoko the late Soulama was the Number One goalkeeper for Burkina Faso while Amoako and Addo were also Local Black Stars keepers so I don’t see anything wrong with the team having three national goalkeepers,” he added.

The development at the club has affected Annan''s chances at the Black Stars after he was snubbed by CK Akonnor in March due to lack of playing time.

Kotoko will open their 2020/21 Ghana Premier League season with a home game against Techiman Eleven Wonders.

The Porcupine Warriors will also represent the country in this years Caf Champions League.

Give your members identification – IGP tells Courier Associa...
14 minutes ago