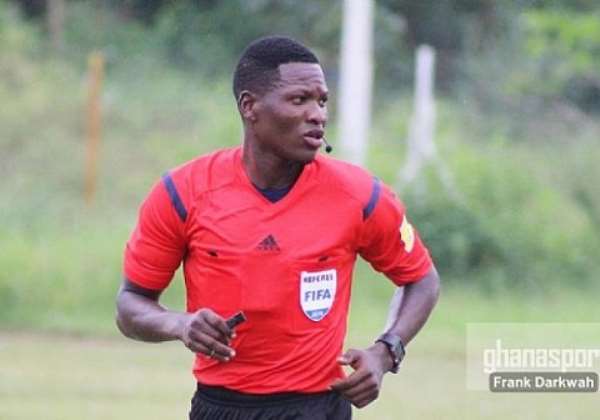 Top Ghana referee, Daniel Laryea has been appointed by the Confederation of Africa Football (CAF) to officiate the Africa Cup of Nations (AFCON) qualifier match between Cape Verde and Rwanda next month.

Pitted in Group F of the qualifiers to the next AFCON tournament, the two countries are set to go head to head next month to battle for 3 points on Matchday 3.

Ahead of the encounter, CAF has appointed Ghana referee Daniel Laryea to be the adjudicator.

The top West African referee will be upholding the laws of the game on the matchday with the help of 3 other Ghanaian referees.

Meanwhile, Mohamed Abdatt Bilal from Mauritania will be the Match Commissioner.

The match between Cape Verde and Rwanda will be played at the National stadium in Cidade da Praia on November 11.