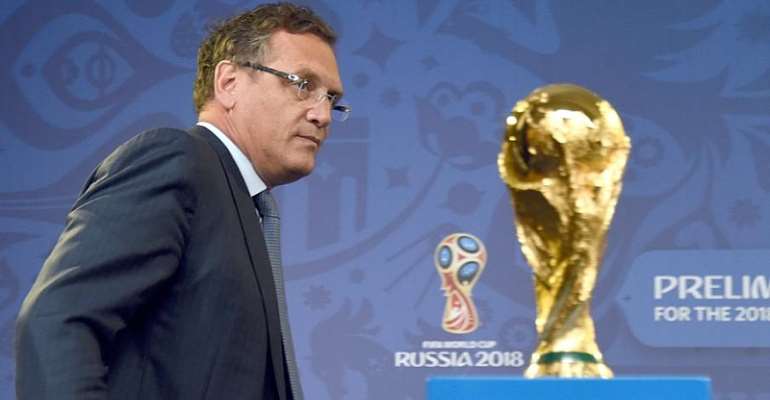 Former Fifa number two Jerome Valcke and Paris Saint-Germain president Nasser Al-Khelaifi will discover on Friday if their roles in the "Fifagate" scandal, regarding alleged corruption in the allocation of World Cup TV rights, are damning enough to land them a stretch behind bars.

That is when the Swiss Federal Criminal Court of Bellinzona, which conducted 10 days of hearings in September, will announce the verdict on the two men, along with Greek businessman Dinos Deris.

Prosecutors have called for a jail term of three years for Valcke, a 28-month sentence for Al-Khelaifi, who is also president of beIN Media, and 30 months for Deris -- with partial suspension in all three cases.

It will be the first judgement handed down in Switzerland, the seat of most international sports organisations, in the 20 or so proceedings opened in the last five years involving Fifa. Two former Latin American football leaders have been jailed in the United States.

Valcke, the former right-hand man of disgraced Fifa president Sepp Blatter, was on trial on two charges related to his quest for money to maintain what Federal Prosecutor Joel Pahud called a "spendthrift" lifestyle.

Al-Khelaifi is included in the first charge.
The public prosecutor's office said Valcke sought the Qatari's help in the summer of 2003 to buy a luxury villa in Sardinia, at a time when beIN, a Qatari-owned broadcaster, was negotiating the extension of its media rights in North Africa and the Middle East for the 2026 and 2030 World Cups.

The prosecutor said Al-Khelaifi acquired the house for five million euros, via a company that was transferred almost immediately to the brother of one of his close collaborators before it was made available to Valcke.