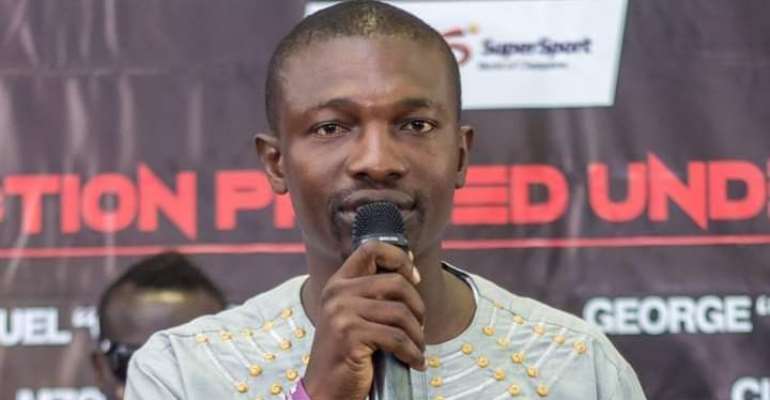 In September 2023, Ghana will host the 13th African Games in three historic cities of Accra, Cape Coast and Kumasi aka the ‘Garden City’.

Yours Truly has been finding out from the people of Ghana on their awareness of the biggest Sports Festival in the country in 2023.

These are the views of Mr Alex Ntiamoah- Boakye, a boxing promoter and local politician. He is CEO of Box Office Promotions, who staged the biggest bout in recent times in Accra between Bukom Banku aka Braimah Kamoko and Bastie Samir aka ‘The Beast’.

According to Alex, every host country of a tournament have their strength and prepare very well for the Games to be able to host and win.

“We need to get the highest gold and lead the medal chart. Boxing is one of our strengths, how are we preparing?

“For Amir Khan’s team to pick Olympic gold, the team spent almost 4 years in camping and touring around the world and not less than £900,000 was spent on each boxer (yes £900,000 on each boxer as said by their head coach - Terry Edwards) so we need to wake up if we’re really serious in hosting and winning.

“Most times the venues are completed and all set of equipment to be used be ready about 2 or minimum 1 year ahead for our teams to practice there before the games are opened to give them some advantage” he expressed.

Ghana will host 54 nations comprising 7,000 athletes and 3,000 officials to compete in over 20 sports disciplines.

"Greater Accra NPP is poised to recapture all lost seats in ...
36 minutes ago