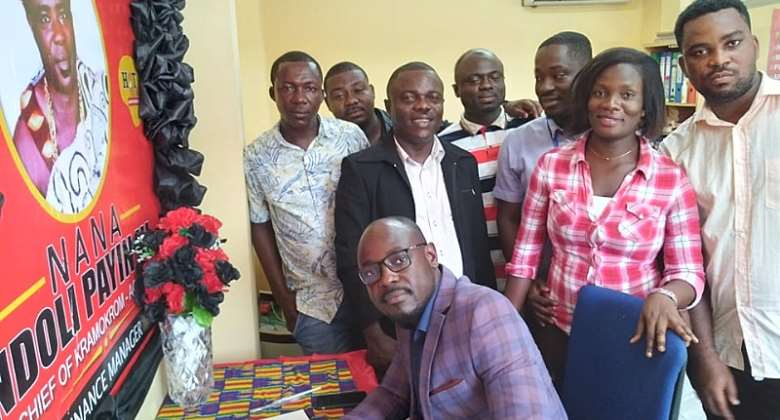 Head of Communications for the Ghana Football Association(GFA), Henry Asante Twum has paid a visit to Accra-based radio station Hot 93.9FM to mourn with a staff of the station over the death of the outfit's finance manager, Nana Ndoli Panyin III.

The late Nana Ndoli Panyin III who was reported missing on Thursday, October 1, 2020, was found dead in Boston Hotel at Kaneshie on Friday, October 2. Two suspects related to the crime have since been indicted, taken to court, and reprimanded. Investigations are, however, still ongoing to unravel the tragic murder mystery of Nana Ndoli Panyin III and to bring all perpetrators to book.

Among other dignitaries, Henry Asante has also paid his respect to the deceased by signing the book of condolence. Meanwhile, funeral arrangements are yet to be communicated by the family to the general public.

However, the book of condolence remains open for friends and loved ones who would like to sympathize with the family of the deceased and staff of Hot FM.