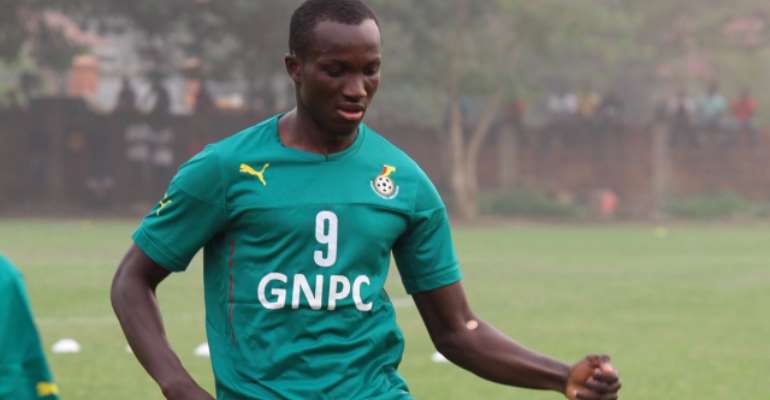 Ghana international, Raphael Dwamena has spoken for the first time after suffering a latest heart problem.

The former Levante forward has been sidelined indefinitely after suffering a heart problem for the second time.

Dwamena's contract with the Danish club, Vejle Boldklub, have terminated his contract due to the heart complications.

But according to him, God is the reason why he is still alive following his latest heart condition.

“I always feel like nothing is wrong with me. I believe that God is the one who takes care of my heart. I may have symptoms of hearts problems or other things but I am never afraid. God is with me," he said.

The Black Stars player also revealed he will like to help the club in whatever capacity he can until there is a change in his circumstances.

"I am truly grateful for the opportunity that Vejle Boldklub gave me to play football again. Now I have been taken off the field and am under medical supervision," he said, as quoted by the club’s official website.

"Despite not being able to be on the pitch, I still want to help the club achieve its goals. Therefore, I would also like to say to both my teammates, the staff, and the fans that I am proud to be part of the Vejle Boldklub family.”

It would be recalled that in 2019, Dwamena’s health condition made him miss the majority of last season after he was first diagnosed with a heart condition.

Dwamena joined Vejle BK earlier this year with an ICD-Implantable Cardioverter Defibrillator implanted in his heart, due to an existing heart condition.