Al Ahly Yet To 'Reach The Performance' Coach Mosimane Wants 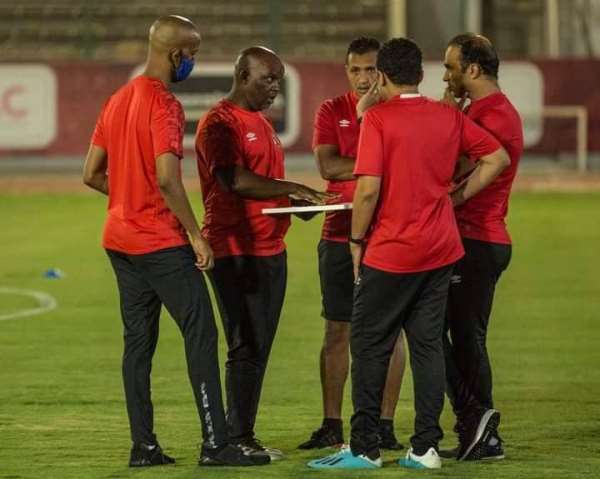 The ex-Mamelodi Sundowns coach followed up his first continental victory in charge of the Cairo giants with another convincing win.

Al Ahly coach Pitso Mosimane insists his players are yet to reach the competitive level he desires despite reaching the Caf Champions League final following a 5-1 aggregate victory over Wydad Casablanca.

Friday's result was a follow up to a 2-0 away victory in Casablanca six days earlier, but Mosimane is still to be pleased with the manner in which his players executed themselves, saying they “still have a lot of work to do.”

“We had an overall good performance but we played better in the first leg than in Egypt,” Mosimane said after the game as per Al Ahram.

“We haven't reached the performance I want from the players, even concerning our passing game. We still have a lot of work to do, we will turn Wydad's page and start preparing for the final.”

Having completed the double over Wydad, this marks a turnaround in fortunes for Mosimane who struggled to beat Wydad with his former club Mamelodi Sundowns in recent years.

Passing the semi-final hurdle saw Al Ahly reaching their third Champions League final in four years after losing to Wydad in 2017 and then to Tunisian giants Esperance in 2018.

“Ahly have reached the final several times over the past seven years but they weren't lucky. I hope this time God will help us,” said Mosimane.

The former Downs coach is just four weeks into the Al Ahly job and is seeking a second Champions League title while the Egyptian giants are bidding for a ninth elite continental crown.

Mosimane is yet to taste defeat while at the helm of the reigning Egyptian Premier League champions.

Al Ahly now await the result between Zamalek and Raja Casablanca in another semi-final encounter.

The match has been postponed by Caf after eight Raja players tested positive for the coronavirus. Zamalek lead 1-0 from the first leg played away in Morocco.