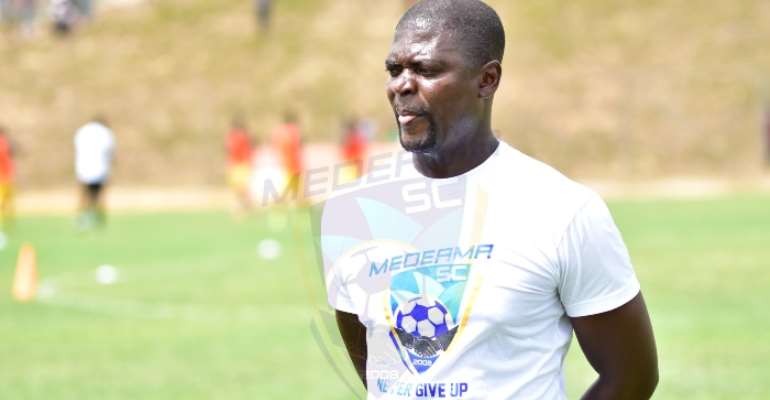 The head coach for Medeama SC, Samuel Boadu has noted that the capture of goalkeeper Frank Boateng gives his team a squad boost for the upcoming football season.

The Tarkwa-based club on Tuesday afternoon announced that they have signed the goalkeeper from Ashanti Gold SC on a 3-year deal.

Speaking on the latest addition to the team, Coach Samuel Boadu says the goalie has the qualities to add the needed strength to his squad.

“Frank is an amazing talent and has got all the qualities to perform in this team and has the personality to thrive at the club.

“We intend to bring competition to every component of our game and he brings a lot to the goalkeeping department”, coach Boadu said.

The Medeama SC gaffer continued, “He is an ambitious chap and his arrival will strengthen the depth of talent we have in the goalkeeping department.

“He has been excellent for AshGold over the years and will remain hopeful that he will continue to build on it and become a cult hero in Tarkwa and we’re looking forward to working with him.”