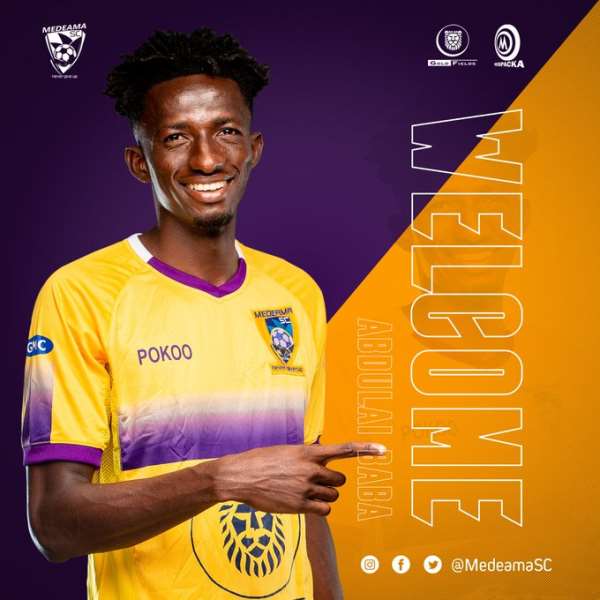 Defender Musah Baba Abdulai has completed his move to Medeama Sporting Club ahead of the start of the 2020/2021 football season next month.

The Yellow and Mauve outfit is keen on challenging for the Ghana Premier League title next season after coming close to lifting the enviable trophy in the last two seasons.

In a bid to ensure Coach Samuel Boadu has the men to compete, the club has managed to recruit top talents in the past few weeks.

Today, Medeama SC has sealed the signing of defender Musah Baba Abdulai to bolster its squad for the challenge that lies ahead.

“Medeama Sporting Club is pleased to announce the signing of defender Musah Baba Abdulai on a permanent contract.

“Baba joins the Mauve and Yellows on a three-year deal on a free transfer”, a statement on the website of the club has said.

The centre-back previously played for Tema Youth where he featured for three years. Prior to joining Tema Youth, he spent two seasons at former FA Cup winners Nania FC.