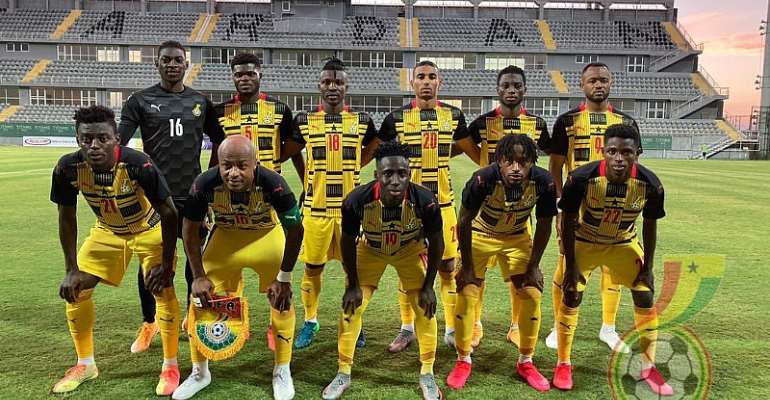 President of the Ghana Football Association [GFA], Kurt Okraku has revealed that each Black Stars player took home $2,000 after the friendly matches against Mali and Qatar in Antalya.

Ghana lost 3:0 to Mali in their first friendly encounter but returned to beat Qatar 5:1 in their second friendly with both matches played in Turkey.

Speaking to Kumasi based Nhyira FM on Monday, Okraku affirmed that the players were not interested in the monetary gains but rather team building as the Black Stars prepare under new coach C.K Akonnor ahead of 2022 Africa Cup of Nations qualifiers and 2022 Fifa World Cup qualifiers.

“The players were paid $2,000 for the friendly games [unlike the $5,000 we used to pay after each game] because of the circumstance at hand,” Okraku said.

“However, let me hasten to add that the players were not interested in the monetary benefits, rather team building. This is because we are preparing a new team for the future,” he added.

Ghana will return to continental action next month in the Africa Cup of Nations [Afcon] qualifiers in a doubleheader against Sudan next month.