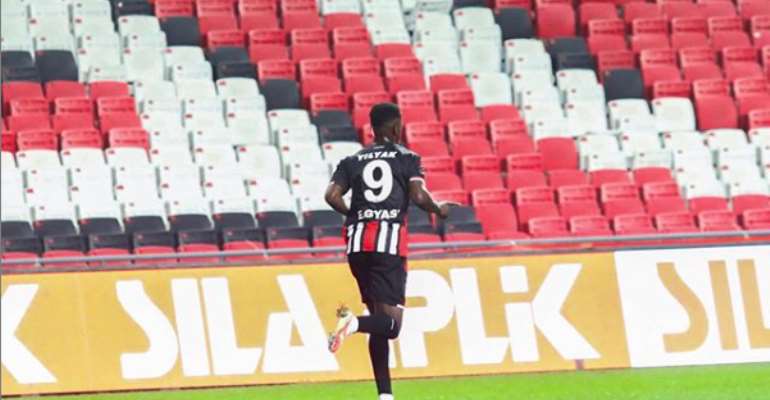 Ghana star, Edwin Gyasi has expressed his delight after scoring his debut goal for Samsunspor in their 4:2 win.

Samsunspor hosted Keçiorengucu at the Canik 19 May Stadium at the Turkish TFF League 1 on Saturday afternoon.

Gyasi, who was introduced into the game in the 72nd minute scored a superb counter-attacking goal in the 91st minute before Ocuz Gürbulak sealed the win for the home side.

Following the win, the 29-year-old winger in an Instagram post said, "Happy with my first one ⚽️ great win +3 🔴⚪️"

The home has sent Gyasi’s side to the 2nd position with 14 points on the league log after 7 matches played.

Gyasi and his teammates will be hosted by Demirspor on Sunday, November 1.