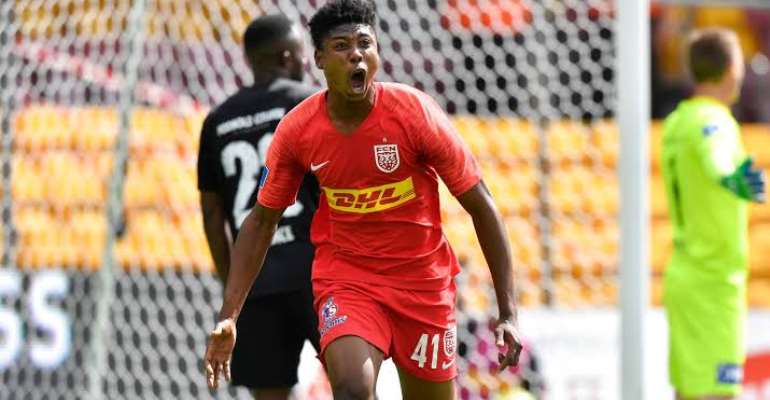 Ghanaian teenager, Francis Abu climbed off the bench to score to salvage a point for FC Nordsjaelland on Sunday afternoon when the team played away to AC Horsens in the Danish Superliga.

The 19-year old was not part of his team’s starting eleven today when they made the trip to Casa Arena Horsens to face off with their Matchday 6 opponent.

Watching from the stands in the second half, Francis Abu was called into action on the 71st minute when he replaced compatriot Isaac Atanga while FC Nordsjaelland trailed by a goal to the home team.

With a good performance in the 20 minutes he played, the Ghanaian forward managed to score in the 88th minute to cancel out the strike from Hallur Hansson which shot AC Horsens into the lead in the first half.

Eventually, the match ended 1-1 with FC Nordsjaelland earning an important point away from home.

Francis Abu with his performance merited a high rating of 7.3 from top statistics providers, SofaScore.

Below is the detailed match stats of the teenager against AC Horsens.