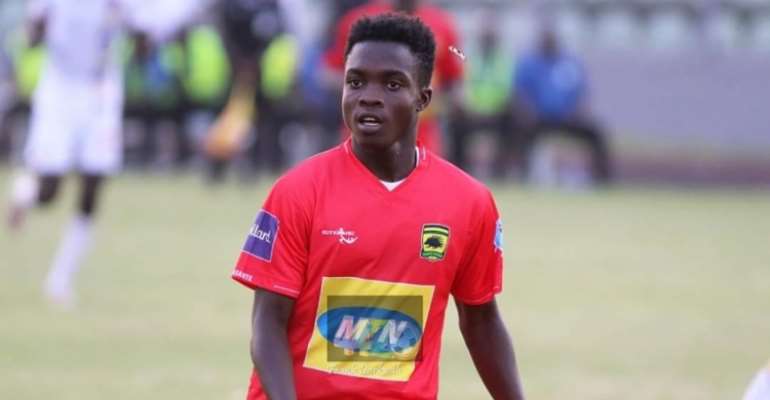 Ghana Premier League side, Legon Cities FC are on the verge of signing youngster, Matthew Anim-Cudjoe ahead of the new football season.

The Royals have reached an agreement with Young Apostles over the acquisition of the Ghana U20 star.

Cudjoe, 16, joined Asante Kotoko on a six-month loan deal from the Division One League side during the 2019/20 Ghana Premier League but the Reds have failed to sign the youngster permanently despite his impressive performance.

The forward was one of the most exciting young talents on the local scene as he featured prominently in Maxwell Konadu’s side last term and was expected to contribute significantly to their upcoming campaign.

A fan favourite, Cudjoe have had trials with European giants Bayern Munich.

He was a member of the Black Satellites squad that represented Ghana U20 at the 2019 Africa Games held in Morocco.

Anim Cudjoe was scouted during the premier edition of the Baby Jet Invitational tournament in 2018 where he emerged the best player and top scorer of the tournament.

Legon Cities will begin their campaign in a home game against Berekum Chelsea.