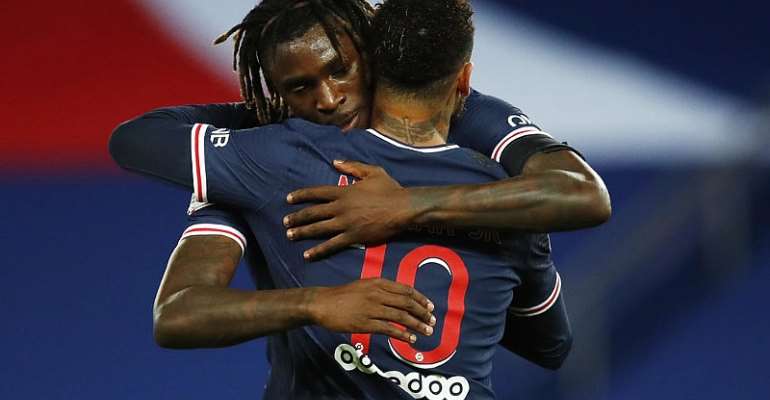 Moise Kean and Kylian Mbappé both scored twice as Paris Saint-Germain thrashed Dijon 4-0 on Saturday night at the Parc des Princes to go top of Ligue 1 for the first time this season.

Kean notched up his first goals since moving to the French champions on loan from Everton last month.

France international Mbappé replaced the former Juventus starlet midway through the second-half and bagged a brace to add the gloss for a team reeling from a midweek Champions League defeat against Manchester United.

After two defeats in Ligue 1 - including one to bitter rivals Marseille - PSG's sixth consecutive victory took them a point clear of Lille who play at Nice on Sunday night.

"The most important thing was to get back to winning ways at home," skipper Marquinhos told Canal+.

"We know this season is not going to be easy. We are going to have lots of matches, we rotated the team here but we were still competitive on the field.”

Depletion
PSG were missing nine players due to injury or suspension, including Angel di Maria and Marco Verratti, while Mbappé started on the bench following a heavy workload for club and country in October.

Kean, 20, opened his account in the third minute when he converted a Mitchel Bakker cross.

Neymar set up his second midway through the first half.

And in the closing stages, Neymar produced a sumptuous pass to pick out Pablo Sarabia, who teed up Mbappé for his second.

"We found our spirit again," said PSG boss Thomas Tuchel. "It helps us to forget the defeat to United and to think of the future. A big win like this certainly helps."