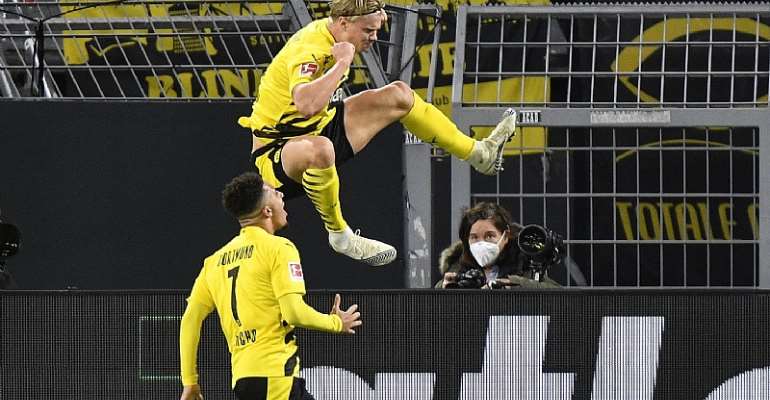 Erling Haaland scored as Dortmund bounced back to winning ways to claim the points in the first Revierderby of the Bundesliga campaign.

Lucien Favre's side came into this contest with struggling Schalke off the back of a 3-1 defeat to Lazio in the Champions League, having lost twice prior to that already this season.

Despite their total domination and fluid attacking football, Dortmund had been frustrated in the first half, with Mahmoud Dahoud going closest with a 30-yard shot that clipped the top of the bar, while Giovanni Reyna glanced a header wide at the far post.

But Schalke's resistance was finally broken 10 minutes after the restart, with Manuel Akanji pouncing after Frederick Ronnow could only parry Raphael Guerreiro's shot.

Haaland bagged his fifth league goal of the season - and seventh in all competitions - just six minutes later, lifting the ball over the Schalke goalkeeper after being released by Jadon Sancho.

Mats Hummels added a third with a bullet header from Guerrerio's corner deliver, as Dortmund moved level on points with second-placed Bayern Munich, who thrashed Eintracht Frankfurt 5-0 earlier in the day. Schalke remain second from bottom with just a solitary point.