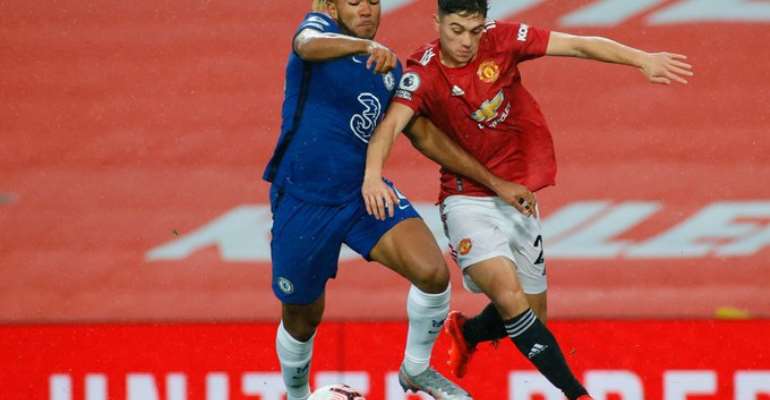 Manchester United and Chelsea ground out a drab goalless draw in the Old Trafford rain that will convince no-one either side will be challenging for the Premier League this season.

Chelsea will probably be happier with a point and might have had more if United skipper Harry Maguire had been punished for wrapping his arm around the throat of Cesar Azpilicueta as he defended a first-half corner.

Although they remain stuck in the bottom half of the table, United were at least able to avoid losing a third straight home league game at the start of the season for the first time since 1930.

In addition, they can also point to three good saves from Edouard Mendy, two to deny Marcus Rashford, including one in the final minute, and one where Bruno Fernandes was thwarted.

However, Chelsea's biggest scare was Mendy passing the ball across his goal and out for a corner in the first half when trying to pass to Thiago Silva.

Neither Edinson Cavani, on his debut, nor Paul Pogba could change things in the home side's favour after they were introduced as substitutes. Mason Greenwood was given the final eight minutes to make an impression - but did not.