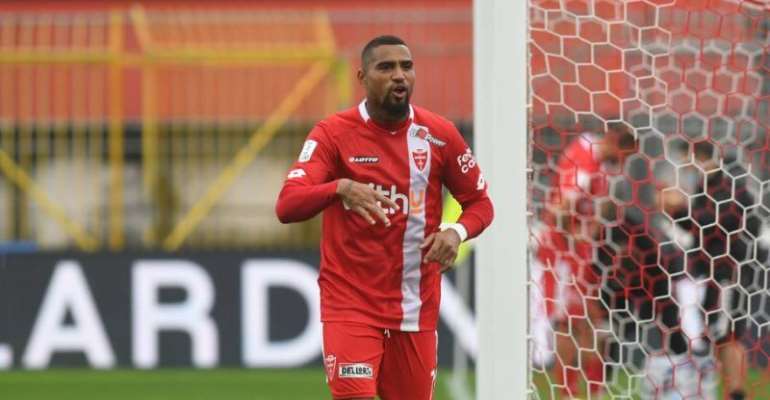 Ghana international, Kevin Prince-Boateng scored his debut goal for AC Monza on Saturday in the Italian Serie B.

Monza hosted Chievo at the Stadio Brianteo.
Boateng opened the scoreline in the 29th minute after converting a penalty.

However, Filip Đorđević scored a brace in the 49th and 64th minute to seal the win.

The home defeat has left Monza at the 15th position on the league log with 3 points.

After the game, the former Barcelona and AC Milan ace in a Twitter post expressed his excitement after scoring his first goal for the club.

Boateng joined the Serie B side from Fiorentina on a year deal with an option to extend his deal after spending half of the 2019/20 season on loan at Besiktas.

Monza will be hosted by Pordenone on Tuesday.