PL: Wilfried Zaha Scores In Palace 2:1 Away Win At Fulham 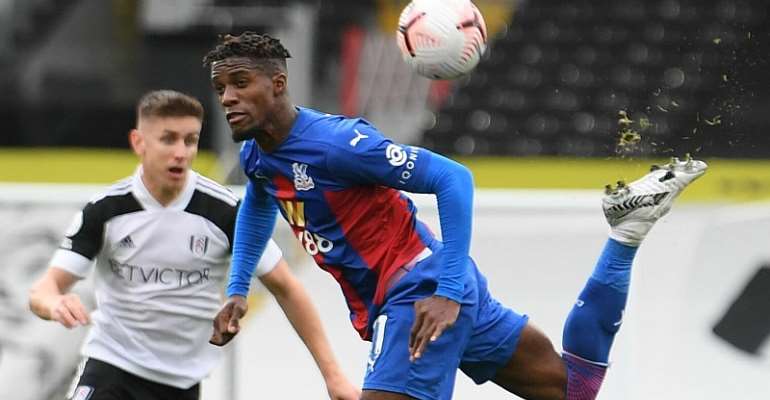 Wilfried Zaha scored and provided an assist against Fulham

Wilfried Zaha created one goal and scored another as Crystal Palace eased to a 2-1 win over Fulham at Craven Cottage.

On Roy Hodgson's return to his former club, Jairo Riedewald gave his side the lead when he took Zaha's pass and finished inside Alphonse Areola's near post after just eight minutes.

The hosts came closest to an equaliser when Aleksandar Mitrovic blazed his rebound over after Ademola Lookman's strike hit the post midway through the opening period.

But Zaha put the contest to bed when he was on hand to slide home Michy Batshuayi's cross (64) as Fulham's wait for a first Premier League win of the season goes on. Their fourth defeat of the term was compounded when Aboubakar Kamara's challenge on Ebere Eze was upgraded to a red card in the closing stages.

There was still time for Tom Cairney to strike a late consolation, but the result means Fulham remain bottom of the table with a solitary point from their opening six games, while Palace move up to fifth on 10 points ahead of the remaining fixtures this weekend.