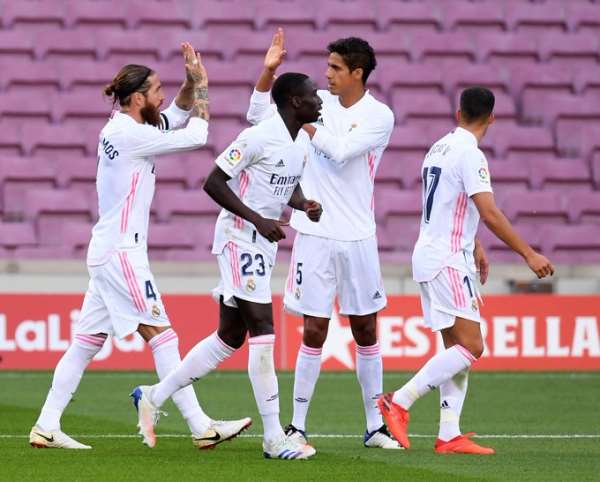 Sergio Ramos scored a second-half penalty for Real Madrid against Barcelona in the first Clasico of the season as Los Blancos won 3-1.

The Real Madrid captain had been a serious doubt for the match having picked up a knee injury in the defeat to Cadiz but returned to the starting lineup to deliver the decisive moment and give the visitors to the Camp Nou a valuable win.

It took Los Blancos just five minutes to open the scoring, with Fede Valverde finding the back of the net after being played through by Karim Benzema.

The response from Barca was almost immediate, though, as Ansu Fati turned home from close range after a Jordi Alba square ball.

Lionel Messi should have put the Catalans ahead when he created a clear sight of goal with a nice piece of skill to beat his man, but Thibaut Courtois made a stunning save at his near post to keep out the Argentine.

Just as Barca appeared to be turning the screw on Real Madrid, Ramos was presented with a chance to convert from 12 yards following a lengthy VAR review which spotted a foul by Clement Lenglet. The 34-year-old made no mistake in rolling home a finish.

And substitute Luka Modric sealed things late on after a save from Neto.