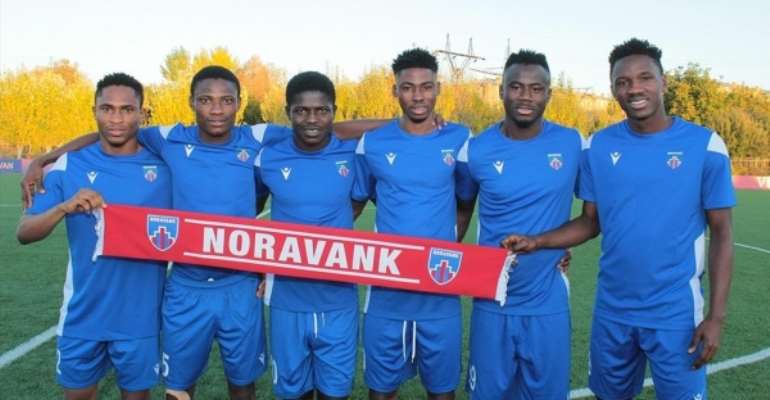 Cheetah FC has confirmed that six of its players has joined Armenian first division side Novarank Sporting Club on a year loan.

A statement from the club read: "We are delighted to inform you that on transfer deadline day, our club came to terms Armenian Division One club, Novarank Sporting Club to sign six of our players on a one-year loan deal.

"We will like to wish the players well and hope they perform very well to secure permanent deals with Noravank".

The players will play in their first competitive game today in the Armenian first league championship against Alashkert-2 FC at the Charentsavan city stadium.