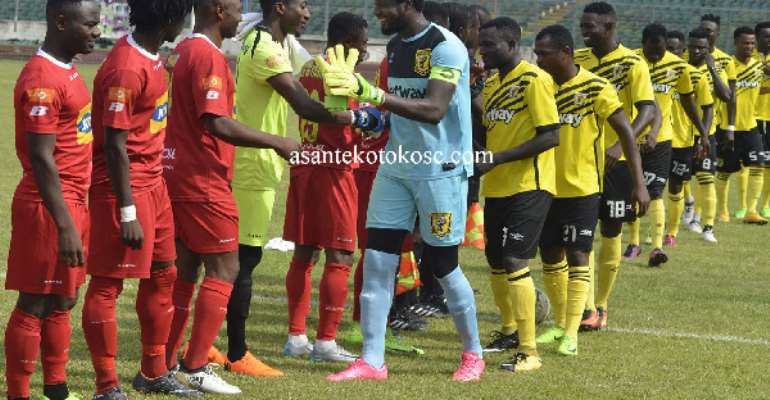 Ghana Premier League giants, Asante Kotoko and Ashantigold have been approved to participate in the 2020/21 CAF inter-club competition.

The Porcupine Warriors and the Miners were given the nod to represent the country in Africa by the Executive Council of the Ghana Football Association [GFA] following the annulment of the 2019/20 football season due to the outbreak of coronavirus.

However, the country's football governing body have now confirmed that both clubs have agreed to represent the nation in Africa and have been successful with their application for license.

“Ghanaian Clubs, Asante Kotoko SC and Ashantigold SC have been successful with their application for license to participate in the upcoming CAF Inter-Club competitions,” GFA wrote on its website.

“As part of the GFA’s continuing implementation of the Club Licensing framework, the Licensing Board serving as the first instant body accepted applications from the two clubs representing Ghana in the continental competition. The application processes began on September 16, 2020, and ended on October 15, 2020.

“In line with the current CAF/GFA Club Licensing Regulation, the two applicants were assessed in five key areas: Sporting, Infrastructure, Personnel and Administration, Legal and Financial.

“Based on these entirely objective criteria, licenses were granted to Asante Kotoko SC and Ashantigold SC to participate in the CAF Champions League and CAF Confederation Cup respectively.

“The decision has already been communicated to the clubs concerned. The Licenses are valid for one season only, namely 2020-21.

“Meanwhile, the board shall from time to time conduct Spot – Check inspection to ascertain the adherence and continuous compliance especially, to identify defects and its corresponding implementations as identified during the licensing process.”

The two competitions will begin later in November.