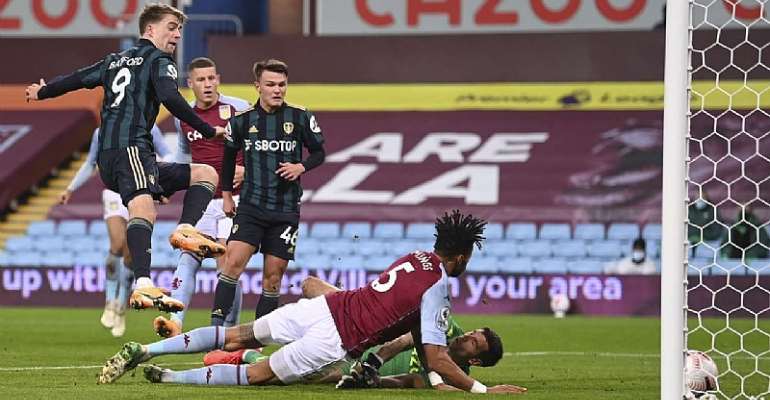 The former Chelsea striker has followed up with his lethal form in front of goal from the English Championship in the Premier League this season.

Having played key roles for Leeds United in the first 5 matches of the 2020/2021 football season already, Patrick Bamford earned another starting role from manager Marcelo Bielsa today when the team made the trip to Villa Park.

After a goalless scoreline at the end of the first half, Patrick Bamford scored from a rebound 10 minutes into the second half to shoot the visitors into the lead.

That equalizer opened the door for two more in what ended up as a big win for Leeds United against a toothless Aston Villa side on the night.

Seven minutes after the hour mark, Patrick Bamford fired in his second with a thumping effort after he was teed up by Mateusz Klich. The Englishman will later score again in the 74th minute to complete a first hat-trick of the season while handing his team a crucial win in the process.

Having lasted the entire duration of the match, the striker finished with the Man of the Match award as he earned the highest rating [9.5] from Modernghana Sports partners, SofaScore.

With today’s hat-trick, Patrick Bamford now has 6 goals and 1 assist for Leeds United in the English Premier League.