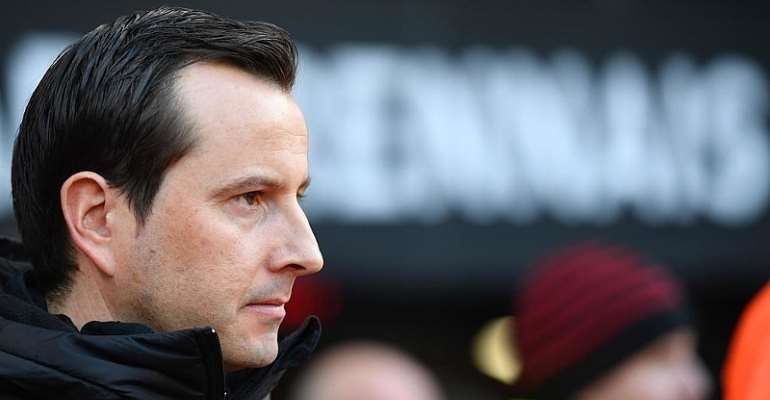 Rennes squandered a chance to go top of Ligue 1 on Friday night with a 2-1 reverse at home to Angers.

Three days after making their debut in the Uefa Champions League, Julien Stephan's men slumped to their first defeat of the Ligue 1 season.

It started promisingly for the hosts. Adrien Hunou gave them the lead after 18 minutes at the Roazhon Park.

But the Morocco international Sofiane Boufal levelled for the visitors nine minutes later and Angelo Fulgini hit the winner early in the second-half.

The victory moves Angers up to sixth in the table ahead of the weekend's other games.

With pacesetters Lille playing on Sunday night at Nice, Paris Saint-Germain can go take over the lead on Saturday with victory at the Parc des Princes against bottom of the table Dijon.

Thomas Tuchel's side will be looking to make amends for an abject performance on Wednesday night against Manchester United in their first game in the Champions League.

Bamford broke the deadlock in the 55th minute with a close-range finish after the Villa goalkeeper Emiliano Martinez pushed Rodrigo's effort into his path.

The 27-year-old doubled the advantage 12 minutes later with a sumptuous strike from from the edge of the penalty area. He completed his hat trick 15 minutes from time.