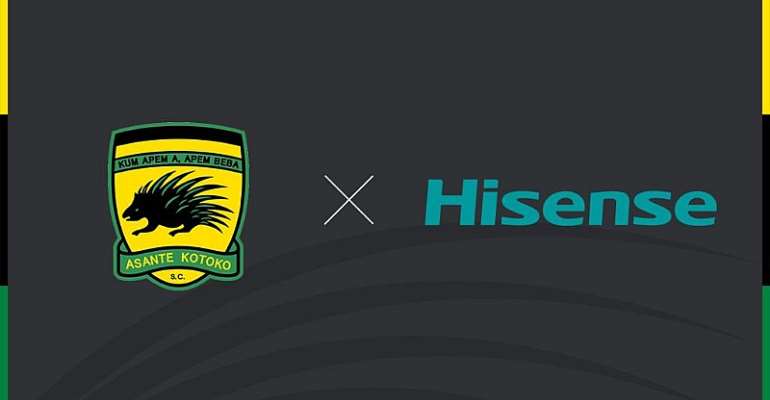 Kumasi Asante Kotoko have announced a partnership deal with Hisense ahead of the 2020/21 Ghana Premier League.

The two parties reached an agreement over a three-year deal earlier this week.

The club's official statement reads "We are delighted to announce a partnership with Hisense for the next three seasons, beginning with the 2020/21 season".

Asante Kotoko have recently announced their deal with Errea as the club's official kits suppliers under the management of Nana Yaw Amponsah as the Chief Executive Officer of the club. 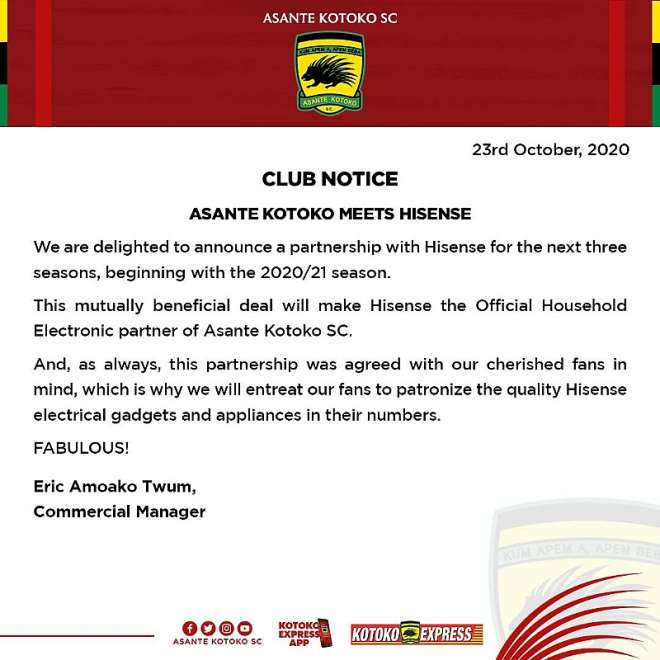