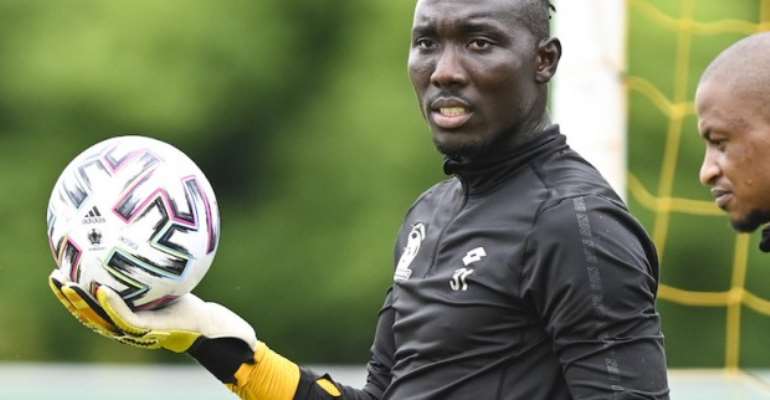 Goalkeeper Richard Ofori has revealed that joining Orlando Pirates from Maritzburg United was a difficult decision for him to make.

The Ghana goalkeeper has joined Pirates on a three-year deal ahead of the new season.

Speaking for the first time after training with his teammates, the 26-year-old said training has been good.

“Training has been good. I have been welcomed in the team with opened arms by everybody here which has been great. Everyone here is very friendly. The organization and professionalism have been of international standard,” said Ofori.

“As for training, well what I can say is that the intensity is very high, but I am adapting well. I’m also getting accustomed to a different methodology of training under the goalkeeper coach Jyri [Nieminen] which has been good,” he added.

Ofori understands the pressure that comes with donning the famous black and white jersey of Pirates and says he simply wants a challenge.

“It’s a team sport and at the end of the day, you need to be one and try to win things. I am here to work but I can’t do it alone. We need to move as a team. I know that as a team we can do a lot for the Orlando Pirates family.

Ofori will likely be part of the matchday squad when Pirates begin their DStv Premiership campaign at Jonsson Kings Park Stadium against AmaZulu on Saturday evening.