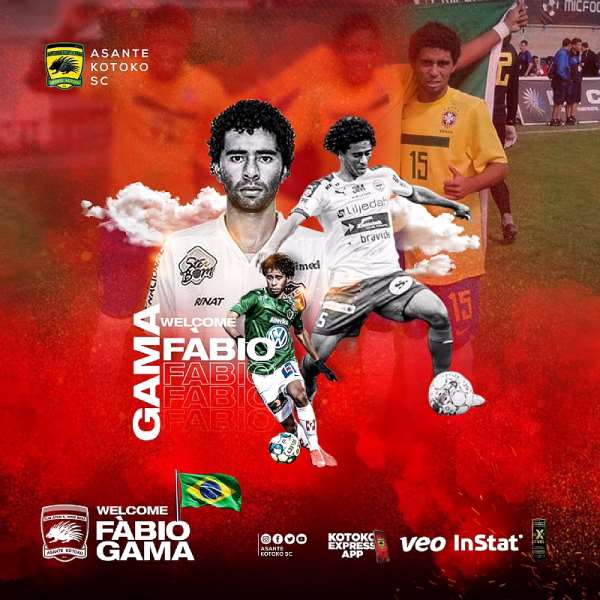 The Ghanaian giants are keen on putting up a good challenge next season where they will be competing in the CAF Champions League while fighting for laurels on the local scene.

Ahead of the start of the 2020/2021 football season in Ghana next month, Asante Kotoko has today announced that they have reached an agreement to sign Fabio Dos Santos Gama.

“W E L C O M E. F A B I O G A M A
“Asante Kotoko is delighted to announce the acquisition of Brazilian international Midfielder Fabio Dos Santos Gama”, an official club statement on the Twitter page of the club has said today.

Fabio Dos Santos Gama, 28, has in the past spent time with clubs in Brazil as well as Sweden.

He becomes one of many players including midfielders Emmanuel Keyekeh Latif Anabila who have been signed by Kotoko for the upcoming football season.