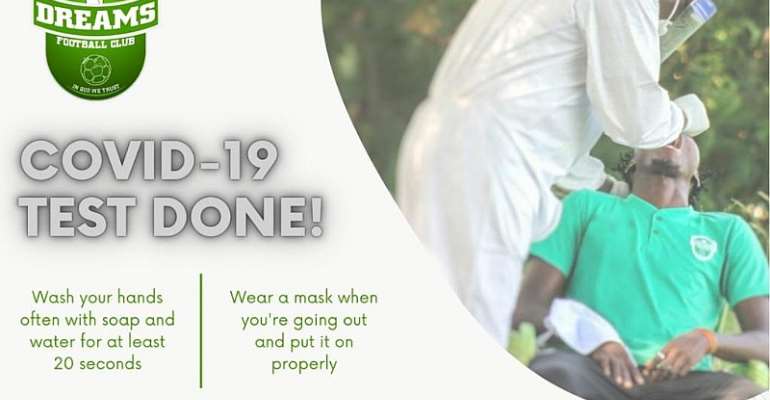 The playing body alongside officials of Dreams Football Club has undergone mandatory testing for the Coronavirus disease ahead of the start of the 2020/2021 football season.

With the Ghana Premier League seasons set to commence next month, all 18 clubs are expected to test players and officials per the requirement by the government and the Ghana Football Association (GFA).

On Thursday, the entire playing body and the officials of Dreams FC had the mandatory test, having previously had players undergo a routine medical examination.

“Dreams Football Club has now become the first premier league club to undergo the mandatory Covid-19 test under the auspices of the Ghana Football Association and the government of Ghana after 50 players and officials took the test on Thursday afternoon”, the club has said in an official statement today.

According to Dreams FC, 32 players and 18 club officials including non-technical staff participated in the screening exercise. The results of the test is expected to be out by the close of the weekend.

The team has already started training and will step it up next week as they prepare for the start of the new football season.