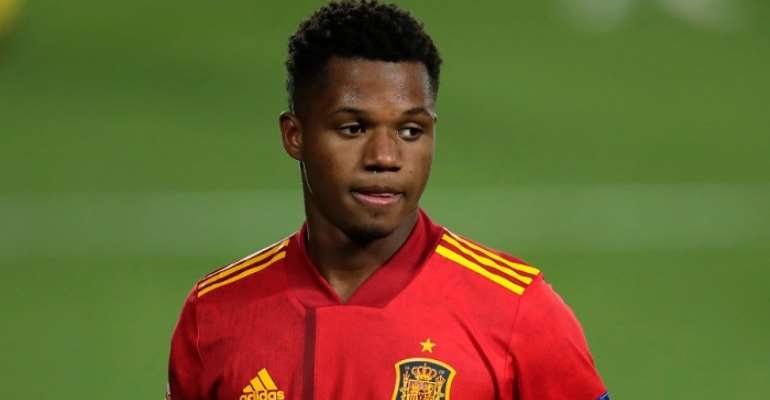 A Spanish journalist has gone on his knees after comparing Barcelona’s Ansu Fati to a black street vendor in their 5-1 Champions League win over Ferencvaros.

Fati, 17, scored a goal in Tuesday’s match and was supported by teammate Antoine Griezmann on Twitter.

Griezmann said, “Ansu is an exceptional boy who deserves respect like any human being. No to racism and no to rudeness.”

Fati is the first player under 18 to score two Champions League goals.

Salvador Sostres’ match report in Spanish newspaper, ABC, had likened the Spain winger to a “black street vendor” who “you suddenly see running” when the police arrived.

In an apology published by ABC on Thursday, Sostres said that he was attempting to “praise the beauty of Ansu’s movements” and was “deeply sorry for any misunderstanding.”