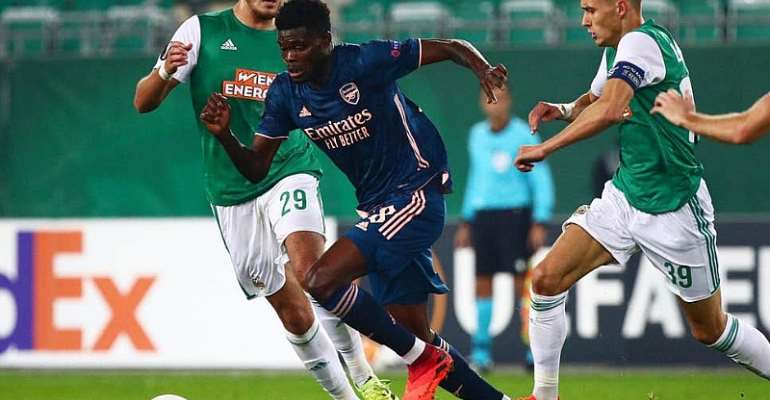 The Ghana international marked his full debut for the Londoners yesterday when the team posted a 2-1 win against the Austrian side in a Group B encounter of the Uefa Europa League.

Lasting the entire duration of the match, Thomas Partey finished with a high rating of 7.6 from top statistics providers and Modernghana Sports partners SofaScore.

Giving his assessment of the performance of the midfielder, English television personality Piers Morgan has noted that Arsenal has finally found its replacement of the legendary Patrick Viera.

Due to Thomas Partey’s masterclass performance last night, he ended up winning the ‘Man of the Match’ award.

His manager Mikel Arteta believes there is more to come from the former Atletico midfielder.

We will mourn, celebrate and learn from your life – NDC pays...
54 minutes ago