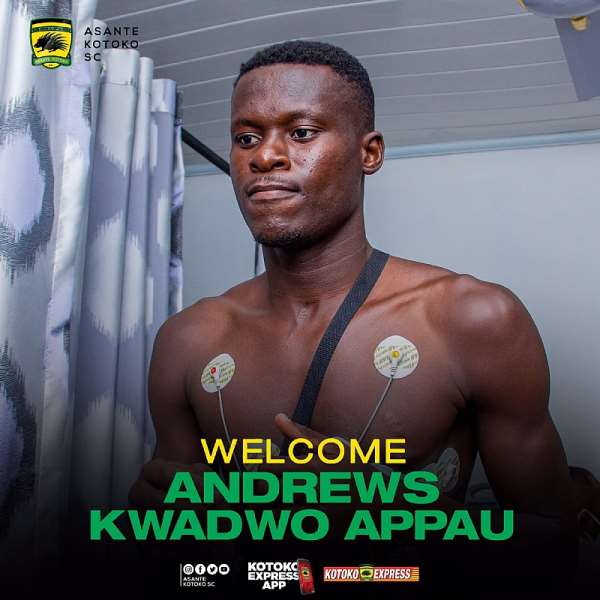 Kumasi Asante Kotoko has completed the signing of highly-rated defender Appau Kwadwo Andrews on a long-term contract to bolster the squad of the team for the upcoming football season.

The Kumasi-based club enjoyed a decent campaign in the 2019/2020 Ghana Premier League season where they were one of the clubs tipped to go on to lift the enviable trophy.

In a bid to stay strong in order to stand the chance of winning the Ghana Premier league next season, the management of Asante Kotoko is taking advantage of the transfer window to bring in top talents.

On the back of successful negotiations, the club has announced that they have signed former Bofoakwa Tano FC defender Appau Kwadwo Andrews.

“The former Bofoakwa Tano FC defender joins us on a 4-year contract”, a club statement on their Twitter page has said.