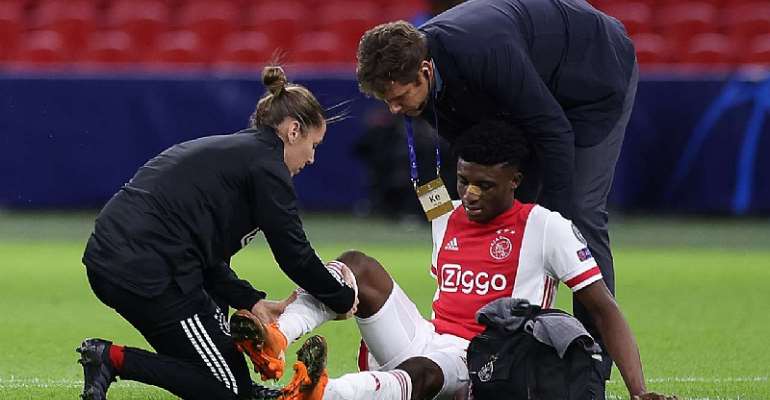 Ajax Amsterdam sensation, Mohammed Kudus has sustained an injury while in action for the team on Wednesday night against Liverpool in the Uefa Champions League at the Johan Cruijff Arena.

The Dutch Eredivisie outfit is facing off with the English Premier League defending champions today for a Group D encounter at the start of the 2020/2021 Champions League season.

Marking his Uefa Champions League debut, Mohammed Kudus has been forced off the pitch after picking up an injury in the 6th minute.

The setback is a big blow for the Eredivisie giants especially after the forward proved to be a key asset for the team in the 3 matches he had played prior to today’s fixture.

Mohammed Kudus, 20, has seen his place being taken by Quincy Promes as Ajax push to survive the might of Liverpool in the remaining minutes of the game.