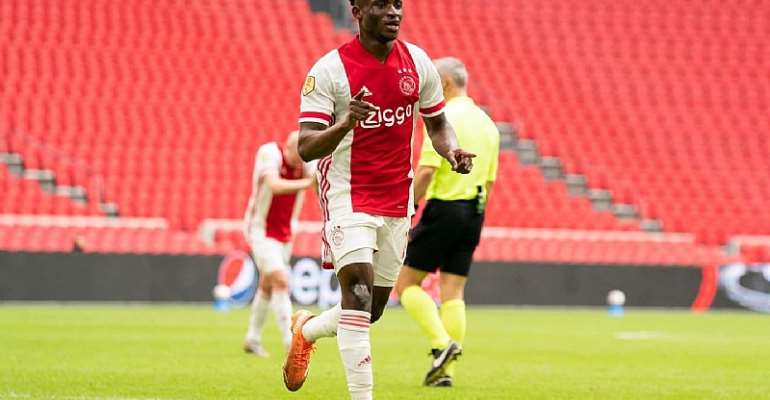 New Ajax Amsterdam sensation, Mohammed Kudus is set to have his first taste of Uefa Champions League football tonight after being named in the team’s starting eleven for the encounter against Liverpool.

The youngster sealed a move to the Dutch Eredivisie outfit from Danish Superliga club FC Nordsjaelland in the summer transfer window.

Though early days, the Ghana forward has been exceptional for Ajax in the Dutch Eredivisie and has already established himself as a key man for the Amsterdam-based team.

Today, Mohammed Kudus has been handed a starting role by manager Erik Ten Haag and will mark his debut in the Uefa Champions League against Liverpool.

He goes into today’s game with 1 goal and 3 assists in the Dutch Eredivisie after making 3 appearances in the Eredivisie.

Below is the Ajax starting lineup for the Liverpool clash in Group D of the Uefa Champions League: