Samsunspor Winger Edwin Gyasi Excited After Away Win Over Eskişehirspor 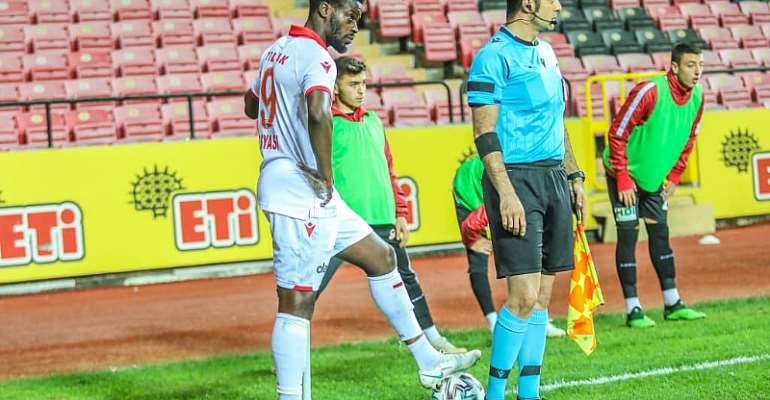 Samsunspor were hosted at the New Eskişehir Stadium with İlyas Kubilay Yavuz scoring the only goal on the 22nd minute.

The win has sent Samsunspor to the 4th on the league log with 11 points.

Gyasi was handed a starting lineup for the first time since joining the club this summer. His debut was delayed due to a minor set back but came on their 1:0 home defeat against İstanbulspor.

The talented and pacy forward despite his brilliance was substituted in the 62nd minute.

Samsunspor will play Keçiörengücü on Saturday at the Canik 19 May Stadium in their next home game.

Ghanaians suffering due to mismanagement by Akufo-Addo, Bawu...
2 minutes ago