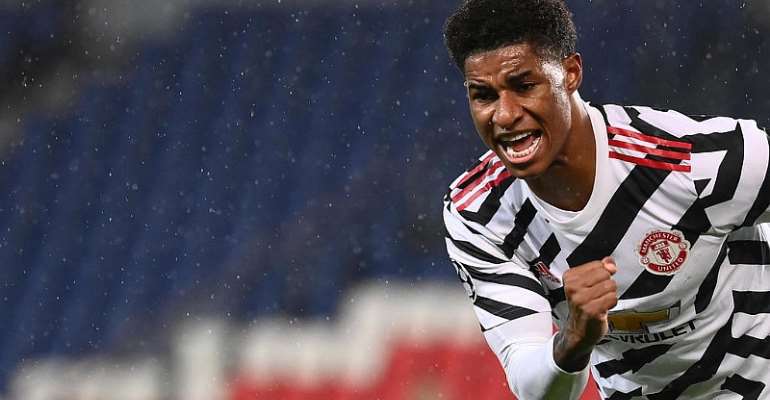 It was a case of déjà vu at the Parc des Princes as Marcus Rashford emerged to inflict defeat on Paris Saint-Germain on Tuesday night with another late winner for Manchester United.

In March 2019 Rashford scored a stoppage-time penalty at the same venue to send Ole Gunnar Solskjaer's men into the quarter-finals.

Nearly 18 months on from those heroics, Rashford settled the opening game in the 2020/21 tournament with a rasping drive in the 87th minute.

"It's a nice feeling,” said the 22-year-old. “But it's the first game, and we have to take the concentration and intensity into the next game and the Premier League.

"It's a good performance and we have a lot to build on. The intensity was key for us. We're very happy.”

Penalty
Bruno Fernandes gave the visitors the lead midway through the first-half from the penalty spot after Abdou Diallou felled Anthony Martial.

Martial put through his own net just after the pause to bring PSG back into the game. But Rashford had the last word.

Rennes' first game in the Champions League ended in a 1-1 draw in Group E against FC Krasnodar. Sehrou Guirassy scored the club's inaugural goal in the competition from the penalty spot at Roazhon Park in the 56th minute.

Julien Stephan's men were pegged back within three minutes when Cristian Ramirez lashed home from just outside the penalty area. Rennes travel to Sevilla - who played out a 0-0 draw at Chelsea - in their next match on 28 October.

Elsewhere, in Group G, Lionel Messi scored Barcelona's opener in a 5-1 rout of Ferencvaros. Teenage sensation Ansu Fati was also on the scoresheet for the Catalans.

In the other Group G match, Alvaro Morata scored twice as Juventus won 2-0 at Dynamo Kyiv.