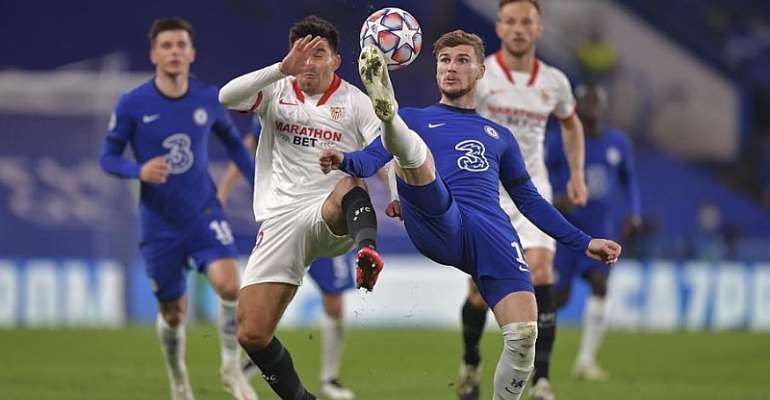 Chelsea suffered a frustrating start to their Champions League campaign after being held by Sevilla, their first goalless draw under Frank Lampard.

In a game of few clear-cut chances, Edouard Mendy marked his return from injury with an excellent save to claw away Nemanja Gudelj's deflected header after it had flicked off Kurt Zouma.

Sevilla went close to taking the lead in spectacular fashion through substitute Joan Jordan's dipping volley from a corner.

With Group E rivals Rennes held 1-1 in France, Chelsea head to Russia next Wednesday to face Krasnodar with all four teams on one point.