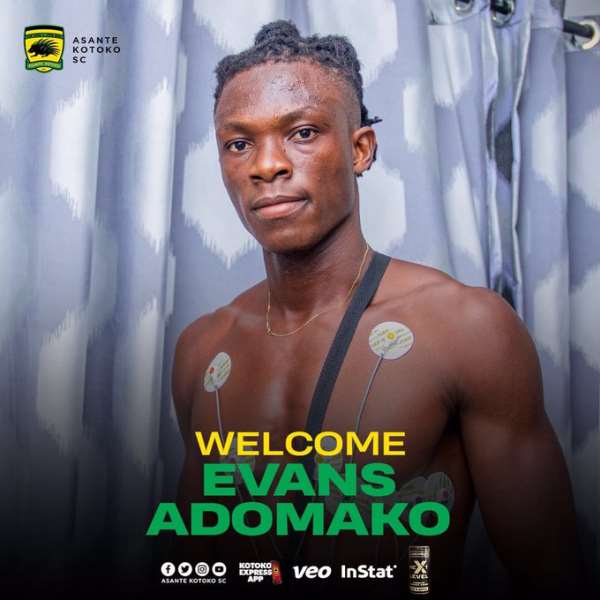 Kumasi Asante Kotoko has completed the signing of young attacker Evans Adomako on a 3-year contract, Modernghana Sports can report.

The Porcupine Warriors club is keen on enjoying success in the 2020/2021 football season where they will be playing in the CAF Champions League while competing for glory on the local scene as well.

In a bid to ensure the team has a strong squad, officials of Asante Kotoko has been working to bring in top players before the transfer window shuts in Ghana.

Today, the club has announced that they have secured the services of former Phar Rangers forward Evans Adomako.

“Welcome. E V A N S A D O M A K O.
“The former Phar Rangers FC and Gomel FC (Belarus) Forward joins us on a 3-year contract”, an official statement on the Twitter page of Kotoko has noted.

The attacker now becomes the fifth signing of the Kumasi-based club in the last few weeks.