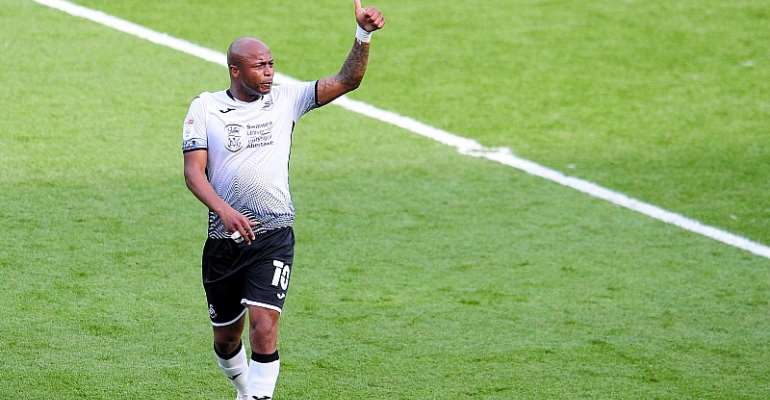 The Swans unbeaten record in the Championship came to an end on Saturday as they fell 2:1 defeat against Huddersfield at the Liberty Stadium.

The hosts were left to rue missed chances, having created enough clear sights of goal to have got something out of the game.

But they quickly get a chance to bounce back as they head to St Andrew’s to take on the Sky Blues, with Ayew and company keen to get back to winning ways.

“It’s very disappointing to lose. We started the season really well, so this is very painful,” said the Ghanaian, who marked his 100th appearance for the club with a goal against the Terriers.

“They had chances to score, we had chances and didn't take them. That's the game. We should have been more decisive in both areas.

“We need to put this behind us because we've got a game coming up on Tuesday and we need three points.

“We're all going to go home, rest and prepare for Tuesday. Whenever you lose a game, the next one becomes even more important, so we need to get the three points and try to start another series of wins.

“Before we start thinking about next weekend, we must think about Coventry and make sure we get the three points."