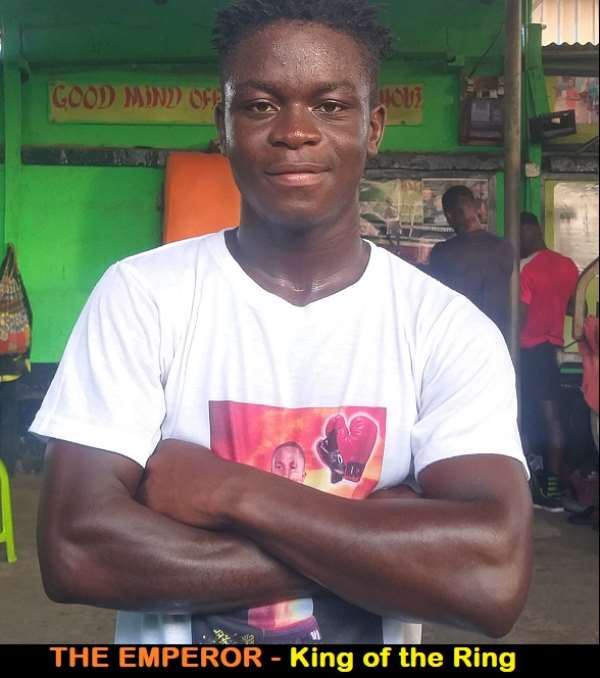 Daniel Selassie Gorsh, the young talented boxer of Bronx Boxing Gym at James Town has appeared on the radar of American based management company, L & B Boxing Management Syndicate.

Founded this year, they have over the seasons been following the sport and observing many boxers, but now is the time that they want to pick a boxer with a future and potential to be world-class.

Daniel Gorsh aka ‘The Emperor’ must be very lucky to be monitored and proved that he has what it takes to rule in the near future.

According to his coach Carl Lokko who has unearthed many boxers including former IBF lightweight champion, Richie Commey, this is the time for Daniel Gorsh to smile and work harder because it is not easy to attract such a lucrative contact and contract.

The signing ceremony will take place on Wednesday, October 21, 2020, at the Bronx Gym.

Daniel Gorsh is one of the very quiet and disciplined boxers. He is a member of the national amateur team, the Black Bombers, and he is looking for an opportunity to make a big name for himself and his nation on the international scene.

Even before the signing, he asked his fans to pray for him so that he joins the nation’s list of top boxers and world champions. He thanked his coaches and all his gym mates who have been sparring with him and supporting his mission to become a world boxing champion.

You must be encouraged and supported for not being a spectat...
9 minutes ago