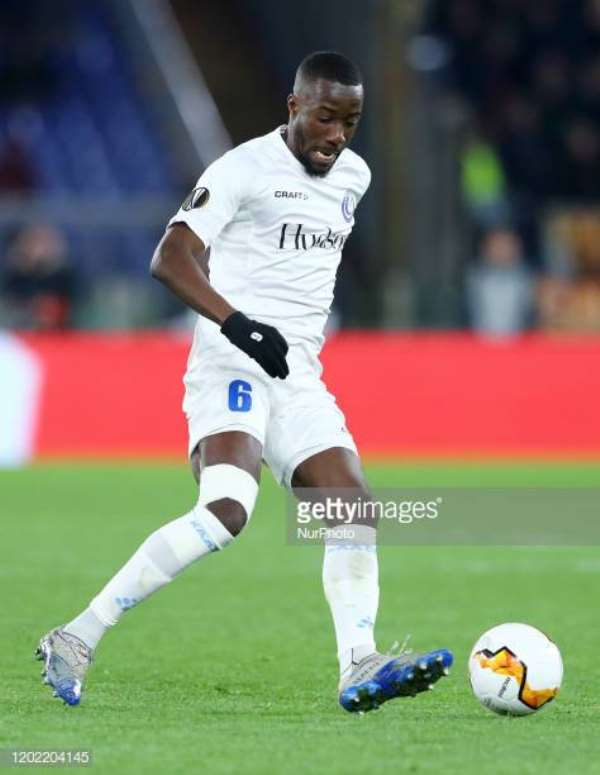 Ghana coach Charles Akonnor has made his mind up on getting midfielder Elisha Owusu to don the jersey of the Black Stars.

Owusu, 22, is rated among the best midfielders in Belgium’s Jupiler League and regarded as the best passers of the ball.

The midfielder, who stands 1.82 m tall, is a graduate of the Olympique Lyon youth system and excelled while on a season loan spell at Sochaux before moving to Gent.

Akonnor has already met the midfield maestro during his European tour and he has agreed to bring him on board as Emmanuel Lomotey failed to impress anyone within the technical set up of the team.

The former Asante Kotoko coach envisages a new midfield that could feature Strasbourg’s Alexander Djiku, newly minted Arsenal star Thomas Partey and Baba Iddrisu of Real Mallorca but, the big caveat on Djiku’s position in the midfield will be the availability of Anderlecht’s Derrick Luckassen who is also committed to playing for Ghana.

Luckassen’s 1.86 m height makes him an ideal fit for the central defensive role while Djiku could fit in at the DM role.

As Owusu has not represented France at any level he would need to acquire a Ghanaian passport to make his eligible to represent Ghana.

Ghana play Sudan at the Accra Sports Stadium in mid-November.