Jeffrey Schlupp Features For Crystal Palace In Draw Against Brighton 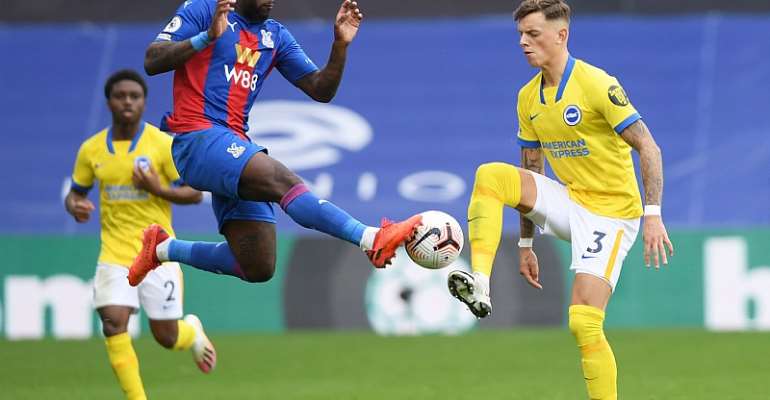 Ghana midfielder, Jeffrey Schlupp was in action on Sunday afternoon when the team drew 1-1 against Brighton & Hove Albion in the English Premier League.

The player who can play in a defensive role suffered an injury setback prior to the international break.

After making full recovery, Jeffrey Schlupp returned to the starting lineup of Crystal Palace today to help his team fight for the maximum 3 points.

The midfielder lasted 88 minutes of the encounter against Brighton & Hove Albion and managed to enjoy a decent game.

His efforts in the game before he was replaced by Belgian forward Christian Benteke has seen him merit a rating of 6.9 from Modernghana Sports partners, SofaScore.

Below is the detailed match stats of Jeffrey Schlupp against Brighton:

On the matchday, Wilfried Zaha scored to give Crystal Palace the lead via the penalty spot after 19 minutes of play. With a resilient performance from Brighton, they managed to draw level through an equalizer from Alexis Mac Allister in the final minutes of the second half.

Six die in accident at Hemang after car crashed into wrongly...
17 minutes ago