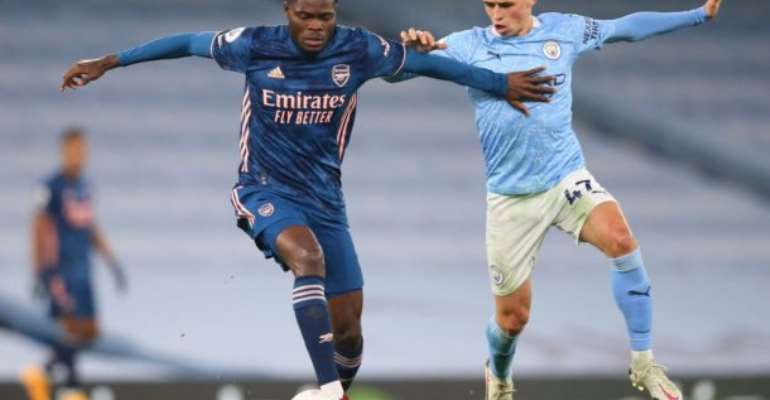 Ghana midfielder, Thomas Teye Partey made his Arsenal debut in a 1-0 loss to Manchester City on Saturday evening.

Partey, 27, came off the bench on the 83rd minute as a replacement for Granit Xhaka.

Stand-in skipper Raheem Sterling scored the only goal as Manchester City returned to winning ways in their Premier League clash with Arsenal.

Arsenal had chances to level but goalkeeper Ederson denied them with three excellent first-half saves and both David Luiz and Pepe were off target with free-kicks in good positions after the break.

Guardiola is yet to drop a point against the Gunners in five encounters at Etihad Stadium since he succeeded Manuel Pellegrini as City manager in 2016.

Partey joined the English side on a five-year deal from Atletico Madrid after his release clause of £45 million was triggered by Arsenal on this summer's transfer deadline day.

Arsenal will play Rapid Wien in the Europa League on Thursday at the Allianz Stadion.