Barcelona Sink To Defeat Against Getafe 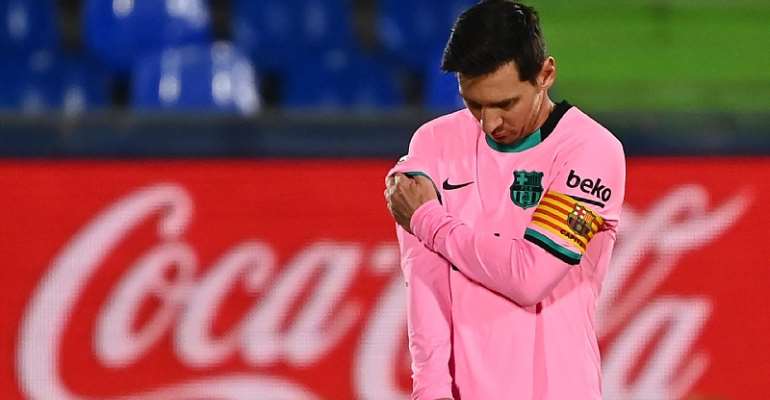 Barcelona joined rivals Real Madrid in suffering a shock defeat just one week before the first Clasico of the season, with Ronald Koeman’s men going down 1-0 to Getafe.

The Catalans came into the match knowing a win would see them draw level on points with Real Madrid following their defeat to Cadiz earlier in the day, but they spurned that opportunity with a loss of their own.

Koeman handed Sergino Dest and Pedri their first competitive starts as Barcelona players with Ansu Fati only on the bench. The visitors enjoyed the better of the first half and could have taken the lead had Antoine Griezmann or Lionel Messi converted one of their chances.

Barca were made to rue these misses as Jaime Mata gave Getafe the lead after 56 minutes, rolling home a penalty kick after the referee had pointed to the spot for a foul by Frenkie de Jong on Djene Dakonam.

Ansu Fati, Philippe Coutinho, Martin Braithwaite, Francisco Trincao and Riqui Puig were all introduced off the bench to try and turn the game in Barcelona’s favour, but they failed to break down a stubborn Getafe side.