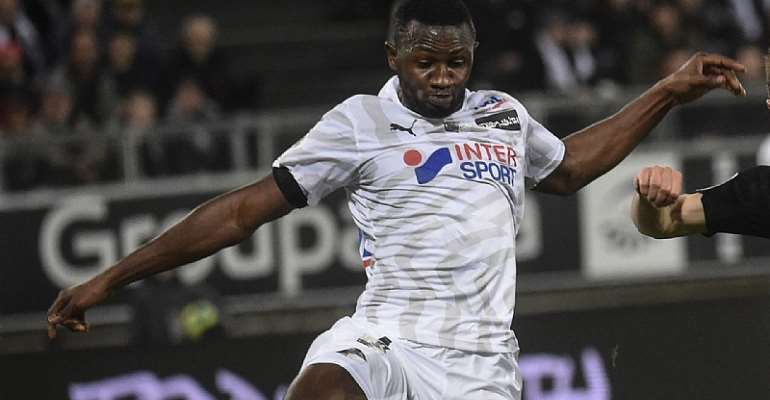 Ghana defender Nicholas Opoku impressed for his Amiens SC outfit on Saturday as he provided the assist for the team’s only goal that earned them the 3 points in the game against Grenoble.

The on-loan centre-back has established himself as a key man for the French Ligue 2 outfit since joining the side from Ligue 1 club Udinese this summer.

In a Matchday 7 fixture of the 2020/2021 football season today, Nicholas Opoku deservedly earned a starting role. The young defender displayed good form at the back for Amiens SC and ended up playing a massive role in the only goal of the match.

The 23-year old assisted Stephen Odey to score in the 64th minute to inspire the home team to a crucial 1-0 win against Grenoble at the end of the 90 minutes at the Stade de la Licorne.

After lasting the entire duration of the game, Nicholas Opoku finished with a rating of 7.6 from Modernghana Sports partners SofaScore [the second-highest rating by any player on the matchday].

This season, Nicholas Opoku has featured in 6 matches for Amiens SC and will be key for the team throughout the French Ligue 2 campaign.

Meanwhile, his compatriot Emmanuel Lomotey was also in action for Amiens SC today and played full-throttle as well.