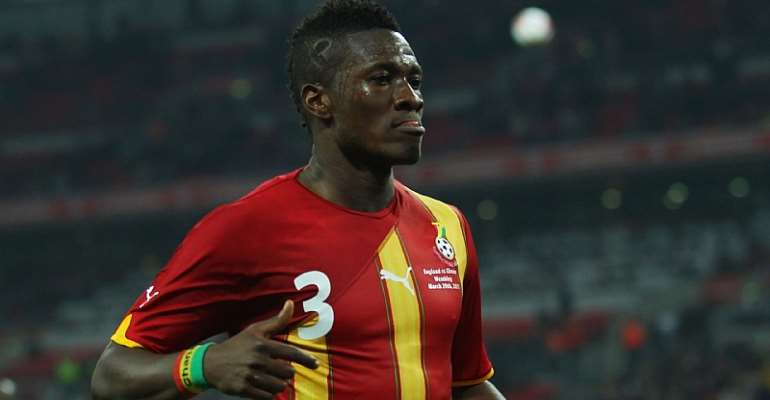 Ghana legend, Asamoah Gyan has spoken on his proposed move to Asante Kotoko insisting the club must meet his demands.

Gyan, in the twilight of his career, has been linked to the Kumasi-based side, the reports heavily fuelled by the 34-year-old's open declaration of a desire to play for the side before quitting active football.

But according to the forward, he has a good relationship with the CEO of the club but they must meet his demands before the move is finalized.

"I have a very good relationship with Nana Yaw Amponsah the [Chief Executive Officer]," he said.

"He calls with and we chat sometimes but not football specifically. We talk about business at times well.

"Everybody knows that I want to play for Asante Kotoko before I retire but it does not mean I will play for them for free. They meet my demands before I join them.

"I am a professional footballer and everybody knows what I am capable of doing on the pitch," he added.

He has been without a club since leaving Indian Super League side NorthEast United early this year.

He has gone on to represent Sunderland in England, Italian side Modena, Rennes in France, Al Ain and Al Ahli Dubai in the United Arab Emirates, Shanghai SIPG in China and Turkish outfit Kayserispor.

The forward presently stands as Ghana's most-capped player and all-time top scorer, having racked up 51 goals in 109 outings for the Black Stars.