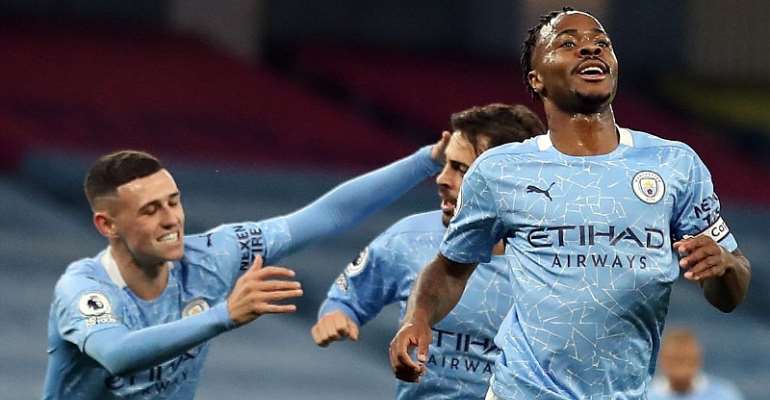 Raheem Sterling was on target as Manchester City got back to winning ways with a 1-0 victory over Arsenal at Etihad Stadium.

The England forward netted his fourth club goal of the new campaign when he drilled home on 23 minutes after Bernd Leno had initially denied Phil Foden.

City were buoyed by the return to action of Sergio Aguero after a four-month absence through injury, and he helped add to the hosts’ cutting edge during his 65 minutes on the pitch.

As expected, Arsenal played on the counter-attack for the most part but were unlucky not to snatch a leveller before the break as Ederson produced a superb stop to deny Bukayo Saka.

The Gunners brought £45m new signing Thomas Partey on late in the second half, but couldn’t find a way through as they suffered a seventh straight league loss in a row against the Citizens.

Both teams will now turn their attention to Europe with City hosting Porto in the Champions League on Wednesday and Arsenal away to Rapid Vienna in the Europa League on Thursday.

Six die in accident at Hemang after car crashed into wrongly...
21 minutes ago