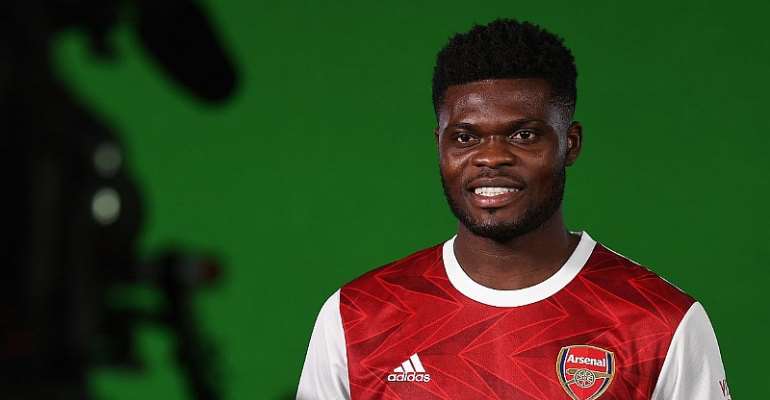 The father of Thomas Teye Partey, Jacob Partey is pleading with Ghanaians to pray and support his son to reach his maximum potential after joining Arsenal.

The highly-rated midfielder after months of speculations and several links to different top clubs, sealed a move to Arsenal after the English Premier League club paid his 45 million pound release clause on transfer deadline day.

Having arrived at his new club earlier this week, Thomas Partey has been met with open arms by fans across the globe with British musician Donae'o remixing a song in his honour.

Speaking to Hot FM today, Jacob Partey who is the father of the midfielder has entreated Ghanaians to pray for the player like was done for the likes of Asamoah Gyan, Michael Essien, and co.

“I plead with Ghanaians to pray for my son Thomas Partey as we did for Michael Essien, Sulley Muntari, Asamoah Gyan, John Paintsil Richard Kingston, Tony Yeboah to succeed in the English Premier League and also do same to all Ghanaian footballers across the globe”, he said.

With Arsenal set to take on Manchester City later this afternoon, it is likely Thomas Partey will mark his debut for his new club.