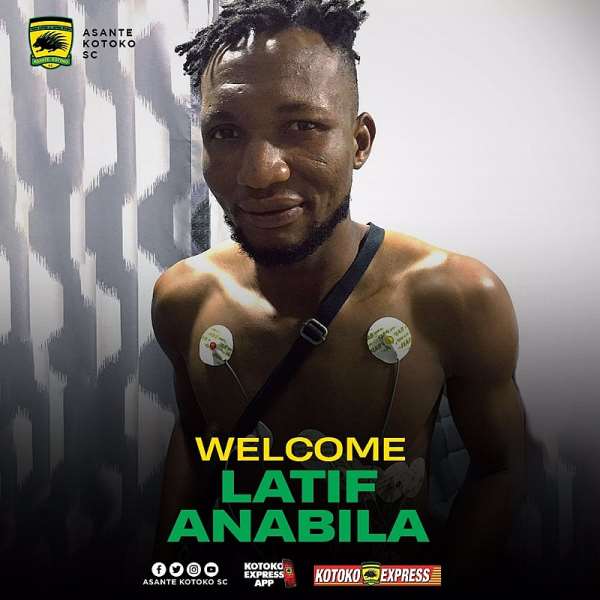 Ghanaian giants, Asante Kotoko have announced the signing of midfielder Latif Anabila to bolster their squad ahead of the start of the new football season.

The Ghana Premier League record holders are keen on enjoying a successful 2020/2021 campaign and have been in the market in the past months recruiting top players.

Following successful negotiations, Asante Kotoko has today confirmed that they have signed Latif Anabila on a 3-year deal.

“W e l c o m e L A T I F A N A B I L A.
“The Former Ashanti Gold SC midfielder joins us on a 3-year contract”, a statement on the Twitter page of the Kumasi-based club has said today.

Latif Anabila, 26, has over the last few years established himself as one of the best midfielders on the local scene and is expected to give Maxwell Konadu’s team a massive squad boost next season where the team will be playing in the CAF Champions League.

We will mourn, celebrate and learn from your life – NDC pays...
53 minutes ago