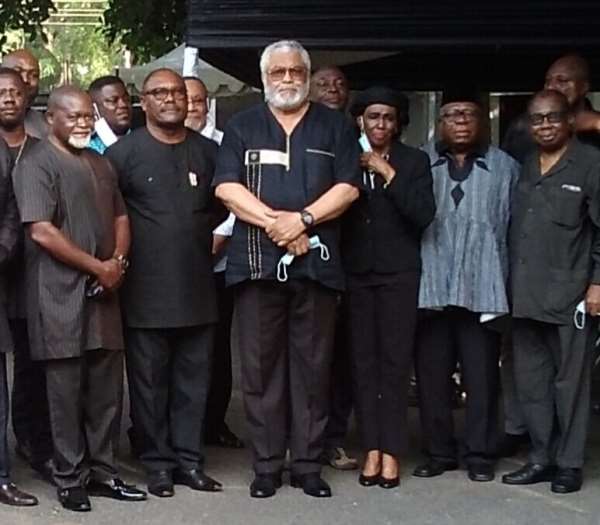 Brigadier General Quartey said the boxing fraternity was touched and came to share their love. He later signed the book of condolence.

Former Minister of State, Hon Dan Abodapki on behalf of the bereaved family announced that the burial of the late Madam Victoria Agbotui will take place in the Volta Region after funeral rites at the State House in Accra on October 24, 2020.

Madam Victoria Agbotui, mother of the former president died on Thursday, September 24 at the age of 101 after she had celebrated her birthday on Wednesday, 9 September, 2020.